Vasylian Monastery is one of the oldest buildings in Uman city. It was built in 1764-1766 by Count Potockiy.
2
3 Like
Google Maps
Add to trip

Vasylian Monastery is one of the oldest buildings in Uman city. It was built in 1764-1766 by Count Potockiy.

The monastery had Greek Catholic School. The building also had defensive value. Walls - thickness of 1 meter. In 1832 the building was destroyed and passed into the possession of local authorities, judges were working there. Under the building there is a huge basement and a network of underground tunnels, which were laid in XVII - XVIII century. According to the legend, in these cellars Haidamaks hid their treasures. In 1858 there were created artillery barracks, and only in 1998 military men left the building. Now there is a new tourist route "By mysterious dungeon of the Basilian monastery" (at the entrance visitors are greeted by a monk, who has a tour of the dungeon telling the life stories of monks who served at the Basilian monastery). 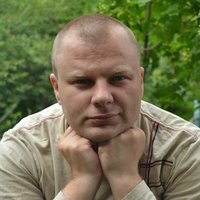 Church of the Assumption of the Virgin

Museum of culture and life of Uman district

Museum of writers and artists of Uman district