The only reserve of this culture in the territory of the CIS countries.
4
6 Like
Google Maps
Add to trip

The only reserve of this culture in the territory of the CIS countries.

Trypil giant settlement,on the basis of which in 2003 the State Historical and Cultural Reserve "Trypil culture" was founded, is located between the villages Lehedzyne and Talnyanka and belongs to the III. B.C. It occupies the area of ​​450 hectares. It was the largest known settlement of people of that time - there lived up to 15 thousand people. Up to 3 thousand wooden dwellings of the Trypillians were placed in concentric circles, which were surrounded by a protective wall. Reserve is engaged in security, research, popularization of Trypil culture. In the village of Lehedzyne the Museum of settlements-giants was founded dedicated to Trypil metropolis. Among the partially renovated interior of buildings you can see museum exhibits, which are over 5 thousand years. They are household pottery - jugs, cups, bowls, cauldron. 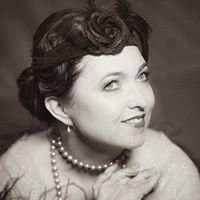 Church of the Holy Apostles Peter and Paul

Church of the Assumption of the Virgin

Museum of culture and life of Uman district

Museum of writers and artists of Uman district